CN to the Rescue is Back for Season 2 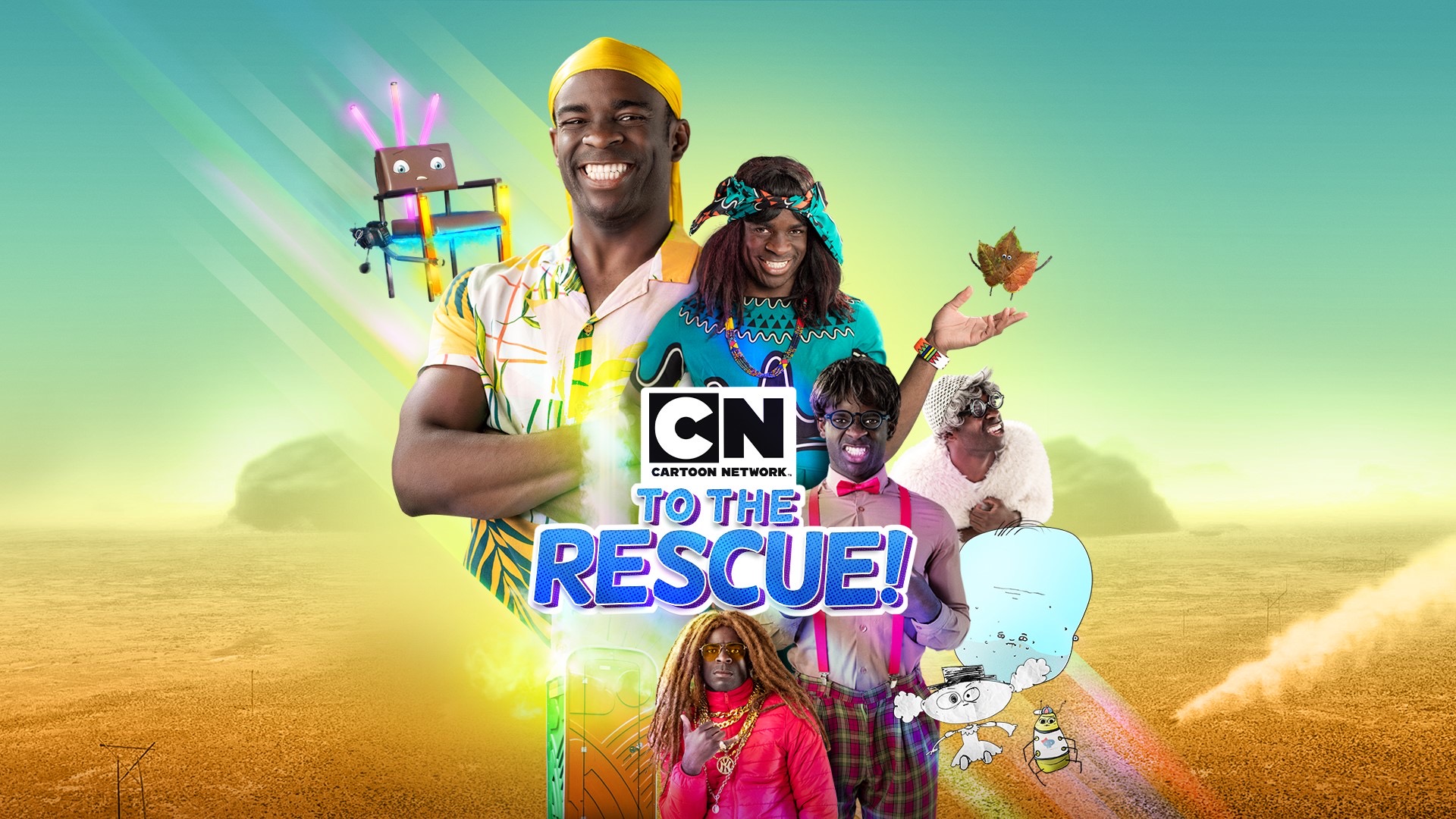 Just when you thought that this year couldn’t get off to a better start, think again! Cartoon Network brings you a brand-new season of its original local production, CN to the Rescue. Premiering February 21st on Cartoon Network Africa, the show is set to keep audiences laughing uncontrollably with pure African humor and fresh, imaginative content that combines the forces of live-action comedy with quality animation.

Following the massive success of season one, which ranked as the number one watched show in South Africa across all kids’ channels in January 2021*, CN to the Rescue 2 takes us deeper into the adventurous parallel world of Tapiwa’s ‘Imagination Room’. Here the lines between reality and animation become more blurred, the story becomes more real, and the adventure becomes even crazier than ever! Is the new mysterious family member, Uncle Ezekius from Cape Town, a good guy, or is he plotting evil? Haibo! – will Tapiwa and his no-nonsense glam, but caring Mama, intensely focused nerdy bra, and happy-go-lucky Gogo find a way out of the ‘Imagination Room’ in time?

Wacky ‘slap-chic’ African comedian André Lembwa portrays all five characters again, including the new long-lost uncle. He skillfully brings all the personalities in the show to life with his unexpected comedy and humor.

“CN to the Rescue is just like the kind of show that used to inspire me when I was a kid – it’s all about family, adventure, and imagination. The cool thing about this show, though, is it’s wrapped in a uniquely African aesthetic with a true local flavor,” says Fyvie. “Working on it was a joy, a challenge, and a miracle all wrapped into one. Thanks to WarnerMedia for trusting us and supporting our passion!”

“Bringing CN to the Rescue back to our channel with nine 11-minute brand-new episodes is a perfect example of Cartoon Network’s dedication to creating local content that resonates with our African audience. This show is truly local: not only are the creators African, but the whole production team reigns from Africa – bringing innovative content aligned with Cartoon Network’s brief to showcase unexpected, random, humorous, and energetic content!”

With Taps’ crazy adventures and his quintessentially African family along for the ride, CN to the Rescue has the perfect ingredients for kids to enjoy and laugh out loud. And with amusing pop culture references included throughout, Cartoon Network’s grown-up fans will also relish the new show: an incredible viewing experience for the whole family!

A new season, new characters, and a new adventure – tune in from Monday, February 21 at 18:10 CAT on Cartoon Network Africa as Cartoon Network’s biggest fan, Taps, comes to the Rescue!

Reaching over 16 million viewers every month, the channel was once again voted ‘Coolest Kids TV Channel’ by South African youth in 2021. In addition to iconic fan favorites, Teen Titans Go! and Regular Show (ranked as the #1 ‘Coolest Cartoon Show’ by South African youth in 2021), as well as Emmy-award, winning original programming such as Ben 10, the channel is also the proud home of fresh new Cartoon Network originals like Apple and Onion, Craig of the Creek and We Bare Bears, and embraces local productions such as CN to the Rescue, My Cartoon Friend, and CN Dance Challenge. With Cartoon Network, you can expect the unexpected and laugh out loud!
Cartoon Network is a brand owned by WarnerMedia.

"Timaya is heartless; he drove away while the lady was still holding on to his side-mirror" – Eye-witness gives account of Timaya's alleged hit-and-run accident (video)

Toke Makinwa's tips on how to plan a group trip